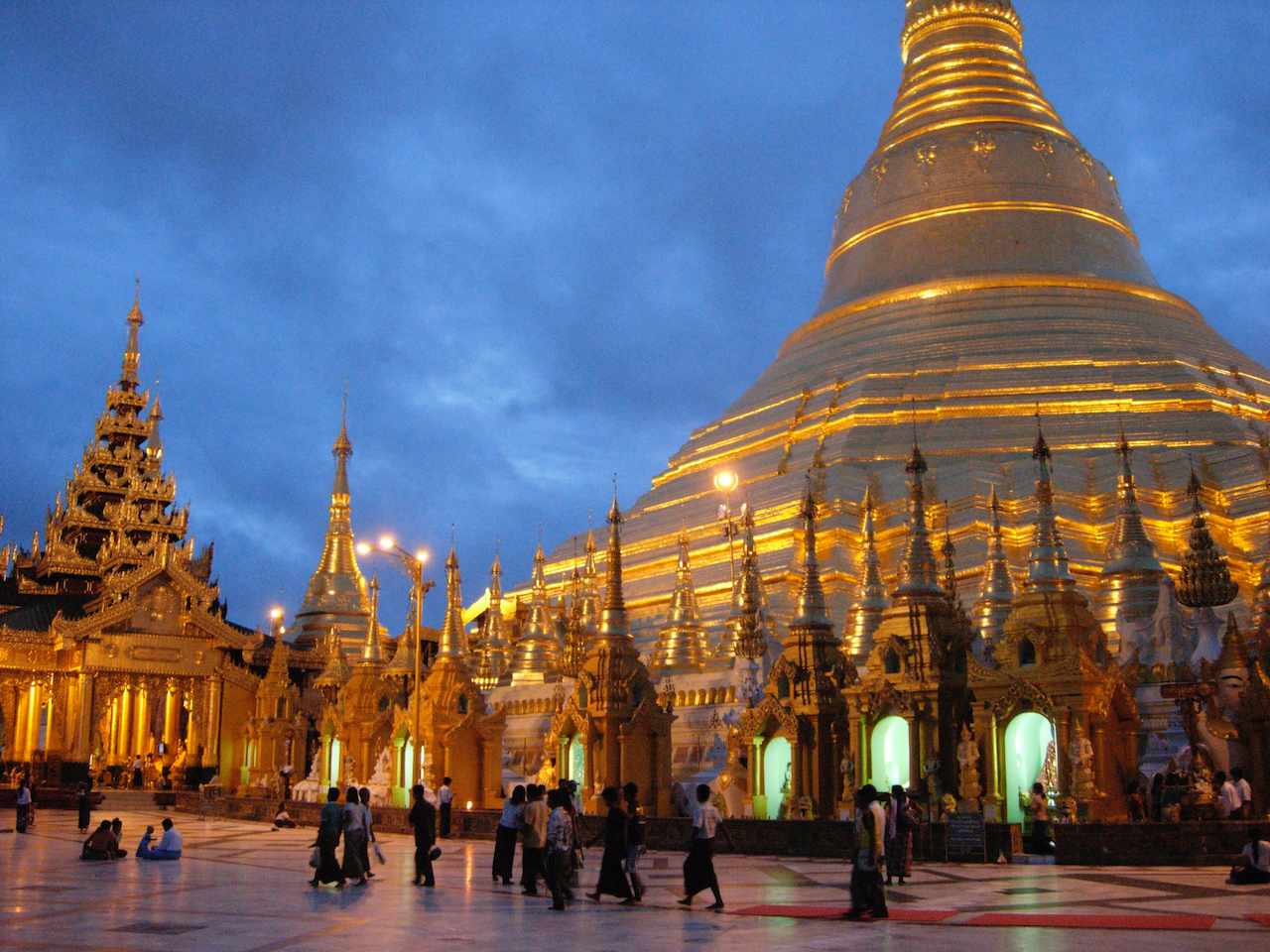 Read more from this Trip

“The Shwedagon Paya is the main event in Yangon. It’s beautiful colours of gold sparkle under the warm sun. Plan to spend several hours visiting here. Sunset photographers will be generously rewarded.”

Our next day brought rain showers but we managed to make it out to the main event: the Shwedagon Paya. The dome here is the most sacred Buddhist site in Myanmar and the stupa is 2,500 years old and covered with gold leaf, a generous sprinkling of diamonds or “other stones”. It is said that there is more gold plastered on the stupa than there is in all the Banks of England. The golden dome rises 322 feet above the city of Yangon. The Shwedagon Paya is reported to be over 2,500 years old. The Shwedagon Pagoda was recognized by UNESCO as being of outstanding universal value in the year 2018. Seeing this is like seeing Table Mountain in Cape Town or the Eiffel Tower in Paris, the unique shape of this symbol is just seared into your memory and it makes for some terrific pictures.

We bought our tickets ($5) and I paid the camera fee ($5). We left our shoes at the front as you do in all Buddhist structures and took the elevator up. Tradition says that you have to walk around the structures clockwise so that is what we did.

We spend several hours there and met with a few brave people who approached us to talk about the structure and explain its features. Of the several hundred people that we saw there over 5 hrs, I believe we saw one other western couple. We met this kind man who wasn’t shy about spending time chatting to us; explaining the features of the stupa.

The most spectacular feature of the Shwedagon Paya was the color against the stupa as the sun dropped for the day. The colors of the sky and the contrast as the sky faded to black was absolutely amazing. The grounds became alive with Burmese citizens who stopped by at the end of their working day.

The Shwedagon Paya is a must see attraction in Yangon, Myanmar.

“Try to time your visit towards sunset when you can take advantage of cooler temperatures, beautiful pictures and seeing residents stop by for evening prayer on their way home”

I was really struck with humility by the people who came to pray at the end of their working day – who spent time there relaxing and being thankful for what they had – which I am sure was a lot less than I had back home. Here and everywhere we went in Yangon, people approached us. We were outsiders to them and they were interested to hear what we had to say. “Is there really snow in Canada?” we were asked, amazed that such a thing could exist. English was the main language here prior to Burmese when the British occupied the land and the conversations that we had with the older generation were unforgettable.