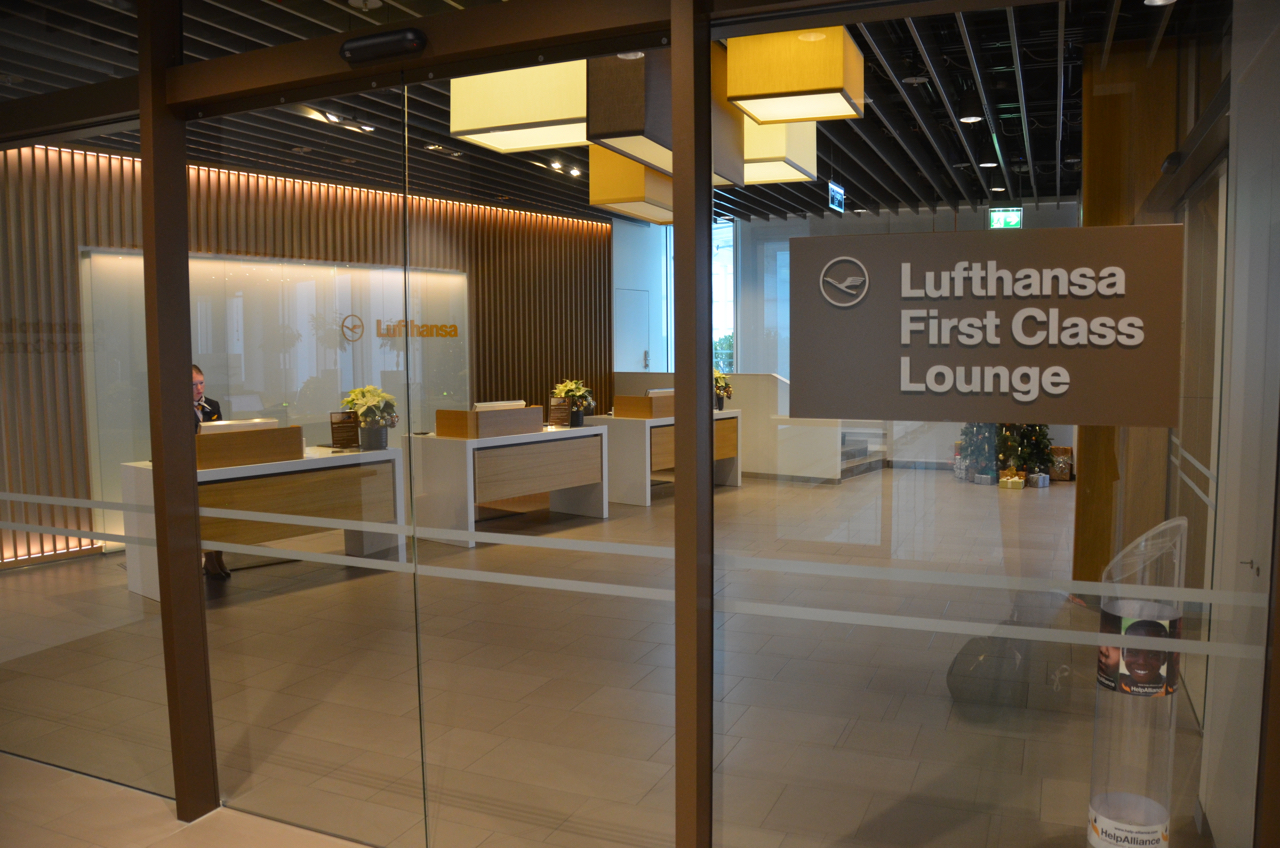 I was up and out the door at 6 AM today. The Nespresso coffee machine at the Aloft Munich somehow dumped water all over the shelving when I attempted to work it. As a result, I didn’t get any food or drink on the way out of the room. Despite the platinum breakfast coupons in hand, I didn’t bother with the Aloft breakfast since it was so disappointing yesterday and I opted to aim for a nicer breakfast at the Lufthansa First Class Lounge.

In more irritating travel train transfers to the airport, I was struck by another train strike or similar other issue on the way to the airport. What was supposed to be a 40 minute ride from Muchen Hautbahnhof to Munchen Airport station, turned out to be 1 hr and 40 minutes door to door. On arrival to the Hautbahnhoff airport train platform, there were no trains running. I ended up having to take the S6 local train to Ostbahnhoff where were were told to wait for an S8 train. The problem is that train never came. There was mass confusion on the platforms where I waited for about 200 of my new best friends. I contemplated getting an Uber but the fares to the airport had skyrocketed to 96€ for the 30 minute drive due to surge pricing. Eventually, a train rolled along and we all clambered on board.

Checking In to Lufthansa First Class:

I eventually made it to the airport arriving to the basement under the Airbrau. I headed across the Airbrau concourse, where Christmas Market #7 was set up. Unfortunately, it was completely closed for business.

I was promptly checked in and was able to get my connecting boarding pass on Air Canada from Los Angeles to Vancouver for the next day. I rolled through to the private First Class security which occupied the end bank along the main line of security screening. Although the liquids were out, there wasn’t too much focus on them by the attendants. The screeners took more of an interest in my deodorant stick.

I made it through at about 9:15 AM. Since I had about 2.25 hours until my flight, I took the tram over to the G concourse over to the Lufthansa Airlines First Class Lounge Satellite. Of course, it wouldn’t be Germany without a beautiful car on the secure side of the concourse.

The Lufthansa Munich Satellite lounge is the newest first class lounge at Munich airport, having opened in 2016. Thanks to German efficiency, it was easy to locate the signs and take the hidden elevator up to the entry way.

I surrendered my passport as requested and entered the lounge. The lounge is “L” shaped with most seating fronting beautiful glass windows.

There was’t a lot of apron activity on the Satellite Terminal, with almost nothing to see from the lounge itself.

Food and Beverage with bar service:

I went straight for a breakfast in the restaurant area. The lounge was pretty quiet when I arrived, but slowly filled up with people.

There was a great spread out for eating off the buffet. Everything looks terrific and fresh.

The bar was just off the dining area. It was well stocked and impressive to look at. It was complete with a seasonal small gingerbread house on the counter top.

Also around the bar were heaps of bottles of wine on display. The selection was pretty terrific.

The Satellite Terminal of the airport didn’t have too much plane activity, but there were a view things to look at while I waited.

I sat down and a host was around shortly thereafter. I went with a Laurent Perrier Brut champagne to start with which was perfectly cold and properly chilled. I took a few photos of the menu and food on offer.

There was also a great wine list with some more than reasonable choices.

I ended up with eggs benedict on salmon. It came in a rather small entry as a single benny, which was unusual since Benny is usually served in pairs. I should have asked for more but I knew that I was going to eventually be stuffed on board.

While I was finishing up, the host brought around a bottle of Taittinger Comtes de Blanc champagne; which is my favourite champagne . It appeared to be off menu as it wasn’t listed. It was so good, I will admit that I easily accepted a second glass when offered.

I also picked up a Christmas duck and a Global Traveler magazine from the extensive magazine rack.

When it came time to leave, I cleared customs in the lounge, and headed a different elevator down to H gates along with a separate train back to the main building in the international zone. I wasn’t given the choice in this offering, rather I was cleared in absence. I wasn’t complaining as this was a great time safer. Overall, the Lufthansa Munich First Class Satellite Lounge is the better of the two First Class lounges and was a super comfortable way to prepare for a flight.