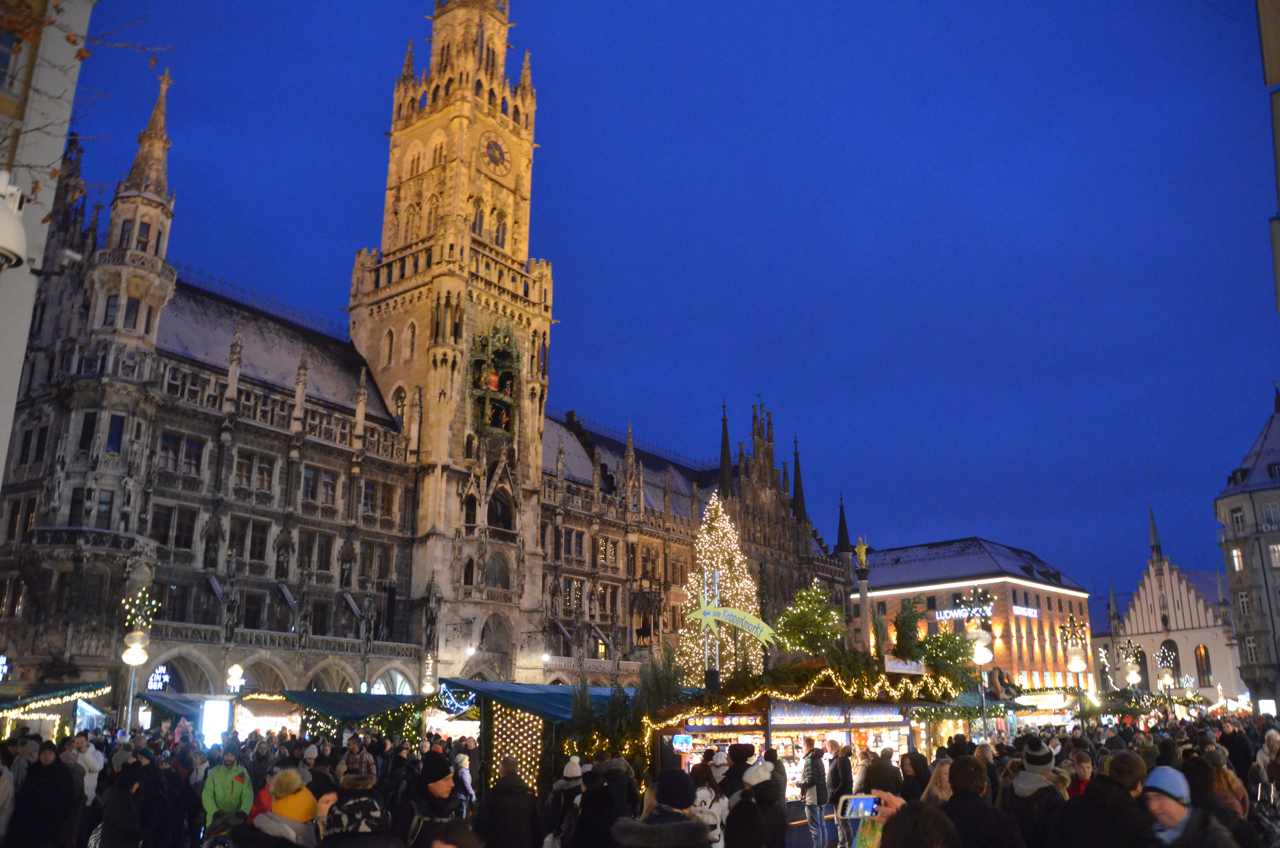 It was a travel day for MrsWT73 as she left homeward on her employer paid ticket on British Airways via Heathrow. I was staying on an extra day thanks to a lack of award availability on the weekend and had to travel back on Monday. I started the day with walking MrsWT73 to the S Train for the MUC airport.

With MrsWT73 escort duties completed, I set off in the new snowfall to BMW Welt. It’s the home to BMW’s European Delivery facility, a show room containing many of the new models from BMW, Rolls Royce and Mini. There is also a BMW museum located next door. I started off today at the BMW Museum, which I had visited once before over a decade ago.

The museum takes you through the motorcycle history and several of the cars throughout the history of BMW.

They have on display some of their classic’s, such as the 2002 and the 3 door Isetta.

Along with a special “M” Power section.

They also have a wall where (almost) every model of BMW is listed. Despite being posted as a complete list, I couldn’t find my 535iGT however.

I ended up leaving the museum and crossing the bridge over to the BMW Welt facility.

The BMW Welt (World) is pretty large and leaves a first impression.

There seemed to be a lot of people in today from the cold… a perfect thing to do on the weekend.

I started with the most interesting Rolls Royce’s; which were among the more elite cars in today’s collection.

Unfortunately, the selection of cars in the regular BMW section wasn’t all to inspiring today. They make beautiful cars, but most of the models that were on display were also available at the BMW dealership near you and weren’t “speciality” in any particular way.

There was a new 3 series on display, which was probably the most interesting car there; despite being their entry level and most popular model.

After the BMW Welt, I took a short walk outside through the Olympic Park which was the home of the 1972 Olympics in Munich. It was a nice setting with the snow covering most of the grounds.

After the cold got to be a bit much, or I got my fill of being outside in the winter, I ended up taking the train back to the Odeonplatz in Munich. I ended up doing a little pre-Christmas sightseeing around Munich.

…where I ended up stumbling upon Christmas Village #6 of the trip, located near Wittlesbacherplatz. There were more themed musicians here, playing guitars.

It was snack time, so time for my last sausage cooked over open flame of this trip.

After the quick fill, I ended up leaving as the sun started to set. I wandered down past the National Theatre back towards Marienplatz under the lights of the stores lit up and glowing.

I eventually arrived at Marienplatz for one last look at the wonders of my first authentic Christmas market.

The Christmas Market trip was a pretty neat way to see Germany all over again. I was really surprised at the number of villages to be found; I was expecting only one or two in the major urban centres. The ability to discover them in most of the places that I visited was a special treat. The Christmas Market experiences are best shared. I still have good memories of going out with the group in Hannover as it was such a unique experience. I would easily recommend it as an adventure that’s best experienced with others.