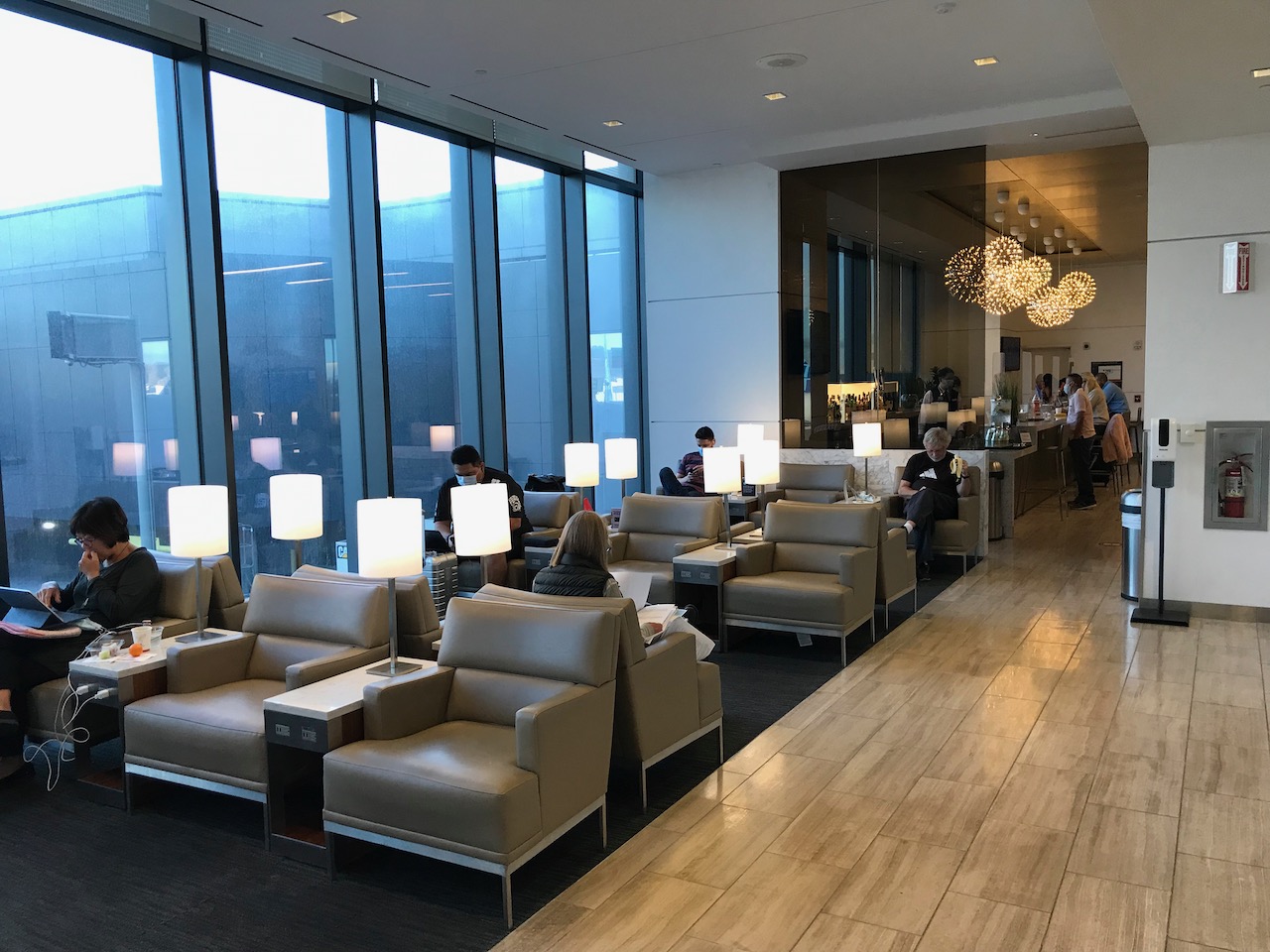 You wont miss the United Club at “E” Gates. The United Club blue glass makes this particular United Club lounge highly noticeable and spottable. The United Club San Francisco E Gates is located immediately on the corner of the E Finger. As you round the corner, the front of the lounge and it’s blueness becomes every more prevalent.

During our visit, the lounge was open early in the morning as one of the first lounges open for the day at San Francisco International Airport. It also happens to be one the earliest to close thanks to it serving the smaller commuter flights in the “E” gates.

Thanks to complex lounge access rules in the United States where memberships are offered, it’s a little more challenging than most to access the United Club. Access to the United Club is permitted under the following circumstances:

In short, there are many ways to get in, if one can figure out the assortment of complicated access rules. Our access today was courtesy of the International Business Class ticket status of our United Ticket.

The main room in the United Club SFO “E” Gates lounge is visible immediately upon entry into the lounge.

Immediately on entering the lounge, you find yourself in the tables and chairs area. The area ends at a wall featuring retro United Airlines plane photography, along with a computer upright stool area suitable for working.

The large rectangular lounge seating room is anchored with the usual United Club grey loungers. It has a very high density seating arrangements, with horizontal rows of seating that lead towards the windows.

At the end of the horizontal rows is the United Club bar. It’s adorned in modern light fixtures, which gives the space a modern and contemporary look that is up to date and functional.

Off to the left of the bar is the lounge’s second room. There is a small seating area with seats that are situated against large glass windows that are perfect for plane spotting.

The United Club’s aren’t usually known for their outstanding food and beverage. The lounge space at the United Club San Francisco “E” Gates offered the smallest food selection between the three lounge locations.

The United Club offered a cappuccino machine, some pre-packed cereals, Chobani yoghurt and fresh fruits for the breakfast hour.

The food products were the same at the United Club “E” Gates SFO. Unfortunately, the dining space here was a lot less generous than at the other United Club locations in San Francisco International Airport.

Lastly, the lounge also featured a wine and cocktail list as scanned from a QR code on the menu. The lounge offers alcoholic drinks during afternoon hours, which would have been after my visit on this date.

We would enjoy at stay at this lounge, prior to heading off on our United Airlines Business Class San Francisco – Vancouver international flight.

The United Club San Francisco “E” Gates is the smallest United Lounge at San Francisco International Airport. Although a nicely decorated facility, it’s also the smallest lounge of the group. There isn’t really any reason to visit this location over any other United Club unless you happen to be departing from the “E” Gates as the “F” and “G” lounges are much nicer.

If you travel through San Francisco International Airport, do you visit the United Club “E” Gates Lounge ?