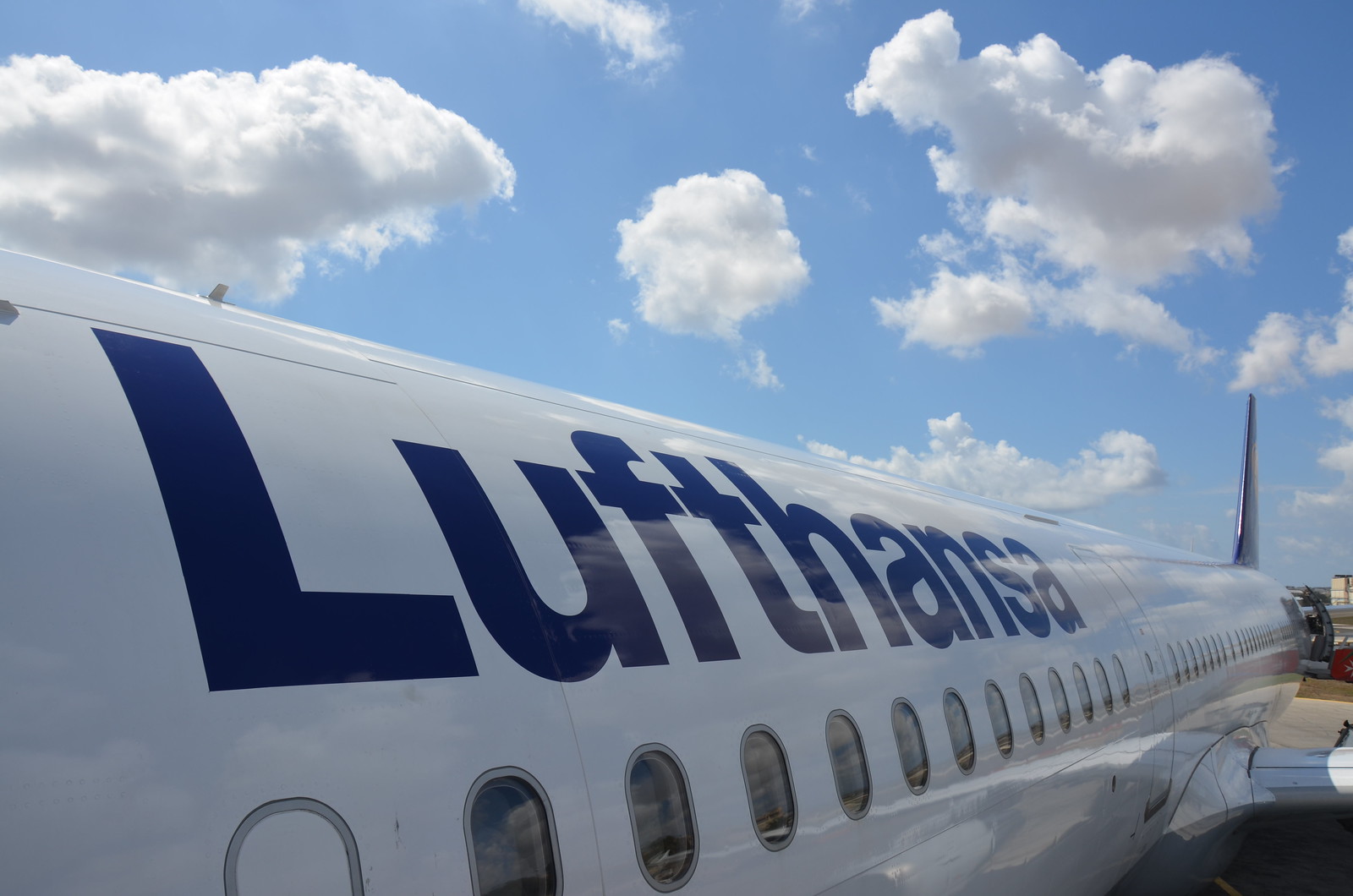 Our flight departing Malta would be on Lufthansa Airlines regional service to Frankfurt, connecting onwards to Venice. The straightforward no nonsense service with Lufthansa would continue to offer inclusions such as a complimentary sandwich and alcoholic drinks. We’d experience a comfortable service from Malta to Mainland Europe on our way to Venice, Italy.

After several full days, in Malta at the Westin Dragonara Resort and in the surrounding region of Malta, we had a leisurely wake up and one last breakfast in the lounge on the terrace before we had to leave. We also walked up to the supermarket to get a bottle of wine at regular street prices to pack in our checked bags before we got to Venice.

We took the hotel car to the airport. It seemed like there were a shortage of regular taxi’s around and this was the easiest option.

The Malta Airport had a very large check in hall. It was surprising that for a Lufthansa outstation, there was no line or queue at all to check in for Economy Class. We were able to check into our Malta to Frankfurt flight, followed by our connecting Lufthansa Airlines Frankfurt to Venice flight. We checked our one bag, and I had a Costa Coffee at the public side.

Getting over to the secure side, the Malta airport is pretty tiny. I had found a book in the coffee shop outlining the history of the airport and the dreams that it had about being a major transfer center in the region. Unfortunately, it has fallen behind some of the other world centers in and is a quite cramped facility considering that it serves almost exclusively narrow body aircraft with fewer passengers than wide body aircraft.

We got a bit bottle necked at security (“30 minutes from here” read the signs) as there were only 3 screeners working. That’s 3 people and not 3 stations! The secure side was pretty cramped with no where to sit. Malta used the British “unannounced” gate system where they did not post the gate until 15 minutes before boarding. This led to everyone sitting around and large massive queues once the boarding gate was finalized.

Immediately at the top of the escalators, I located the Lavalette business Lounge. I peered through the glass like a lost child and saw that the place was so packed, that there were absolutely no seats to be had. The lounge was offering buy up visits for 29€ for those that were so inclined. We didn’t partake as it seemed that there were more seats available in the terminal.

The boarding process involved a short bus ride to the aircraft. Business class passengers were boarded onto the bus first, but there was no separate bus for business class boarding. Everyone else was boarded on to the same bus. Once at the plane, double stair boarding was in effect. We settled into tiny slim line seats as is common with Lufthansa.

We had a slow departure from Malta. The airport has no taxi ways on runway 31 so we drove down the runway and did a u turn at the end. This led to a few waits as there were a few different aircraft taking off at the same time.

We had some nice views over Valletta and St Julians as we left. There were a view clouds today, but there were some nice photos to be had. We passed over the Blue Lagoon, which seemed a bit cloudy today when we passed by.

We had a prompt offer of cheese or salami sandwich, along with white wine and still water. We managed to get a wine refill once before the service concluded, which was surprisingly unexpected for economy class.

There was no in flight entertainment system. Lufthansa is now offering some entertainment via their app (provided that it was pre-downloaded) but today’s A321 didn’t offer that service. As a result, there was not much to do except stare out of the window. Today’s views looked some mountains over northern Italy.

It was a relatively quick flight up to Frankfurt and we were off the plane in no time at a gate in the A wing.

We deplaned and connected to our Lufthansa Airlines Frankfurt – Venice flight for a great weekend getaway.

My Thoughts on the Lufthansa Regional Service:

In summary, it was another solid flight from Lufthansa. We didn’t get to try their subsidiary Air Malta but this was perfectly fine none the less. It was a good thing that we didn’t bother with the business class tickets since the ground services were pretty much non existent or at full capacity.

If you’ve flown Lufthansa Regional, did you enjoy the experience and found that it met your needs ?