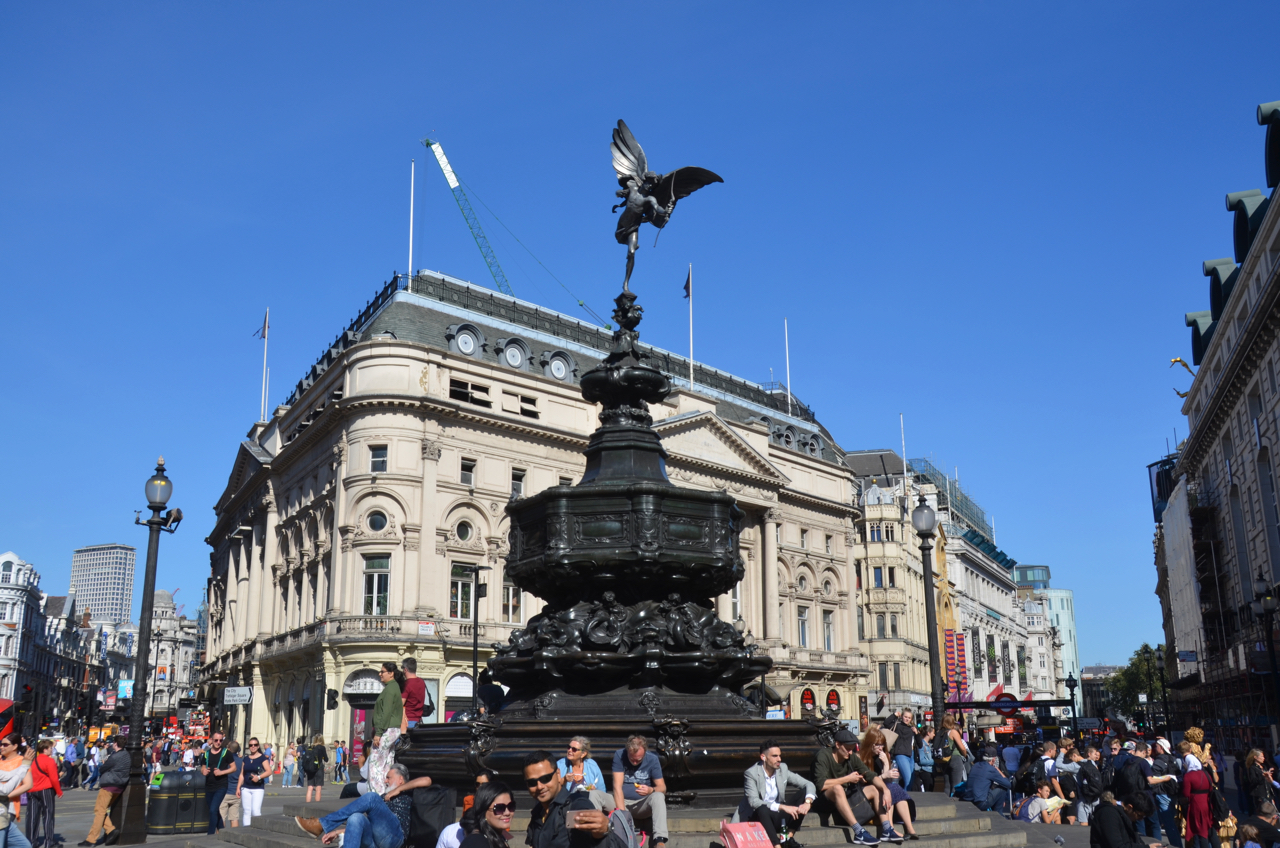 There are times when you visit a city that you just don’t get enough out of it as you had hoped. During this visit, I turned exceptionally ill. This prevented me from all of the activities that I had hoped, while we stayed in one of the most expensive tourist cities in the world. Despite this, I managed to get out and see a little of what London had to offier.

This post is one chapter on our trip to Iceland, the United Kingdom and Morocco. This trip was redeemed through Alaska Mileage Plan and enhanced through Marriott Bonvoy Elite Status. For more information on how this trip was booked, please see our trip introduction here. For other parts of the trip, please see this index.

After we arrived to the Le Meridien Piccadilly, we went out for dinner immediately across the street at MrsWT73’s usual standby Chichetti. It was a popular spot tonight, and we were lucky to get a table with just a walk in.

An after dinner walk through Leicester and Trafalgar Square:

After a dinner of pasta, flatbread and pizza, we went for a short walk up through Leicester Square and over to Trafalgar Square. The city was nicely lit up for walking with dry conditions this evening.

We eventually made it up to Nelson’s column at Trafalgar Square… right next to Canada House.

We had a short walk back to the Le Meridien Piccadilly hotel, retracing our steps and in for the night.

On my first night in London, I was a sick as dog. I hadn’t ever been that sick before in my adult life. I was up five separate times throughout the night. On the fifth time, MrsWT73 piped up from bed and suggested that I take the Zitromax Azithromycin cocktail that I had left in my toiletries bag from our past India trip. I suspect this was due to food from Morocco but I couldn’t pin point whether it was the camp, the Le Meridien hotel or the BA catering from the flight in.

I was in bed for most of the day on Monday. I woke up at about 11 AM. I still couldn’t get the energy to get out of bed. MrsWT73 left me to go out and do some shopping on nearby Regent Street. I eventually got out of bed for 2 pm for some shopping. Followed MrsWT73 out for Piccadilly Square, then down Regent street up to Oxford Circus, then down Oxford Circus. The sun was out in force today, which made for a nice day for walking.

I made it about 5 blocks up to Selfridges on Bond Street. Unfortunately, that was about as far as I made it for the day. I ended up retiring for the evening pretty much pooped.

A Second Day of Walking in London, United Kingdom:

The next day, I still wasn’t moving very quickly. Despite this, I was determined to get a little bit out of our brief London layover. We ended up just going for a short walk from the hotel down to Big Ben and the bridge.

We ended up walking down St James Street from Picadilly Circus, passing the guard’s Crimean War Memorial. The weather was a bit cloudier today, so we didn’t get the brilliant winter skies.

We continued south and ended up taking in the horse guards parade, which happened to be going on when we were passing through.

We also passed by one of the war memorials, which had several wreaths out. We continued down Horse Guards Road, passing peek a boo views of Buckingham Palace and the Bali Bombing Memorial. We eventually made our way past 10 Downing Street, down to the Churchill statute and Parliament.

Unfortunately, Big Ben is covered in scaffold as major restoration work is underway. It was a pleasant brisk day on and near the water.

We eventually re-traced our steps back towards the hotel. Passing the line at Churchill’s War Rooms and back towards Piccadilly’s Circus.

Sadly, this brief one mile walk on the day of our departure was pretty much the extent of my outdoor exposure in London. I’d have to come back and experience more of the city.

If you’ve fallen ill while travelling, how did you cope with your illness on the road?