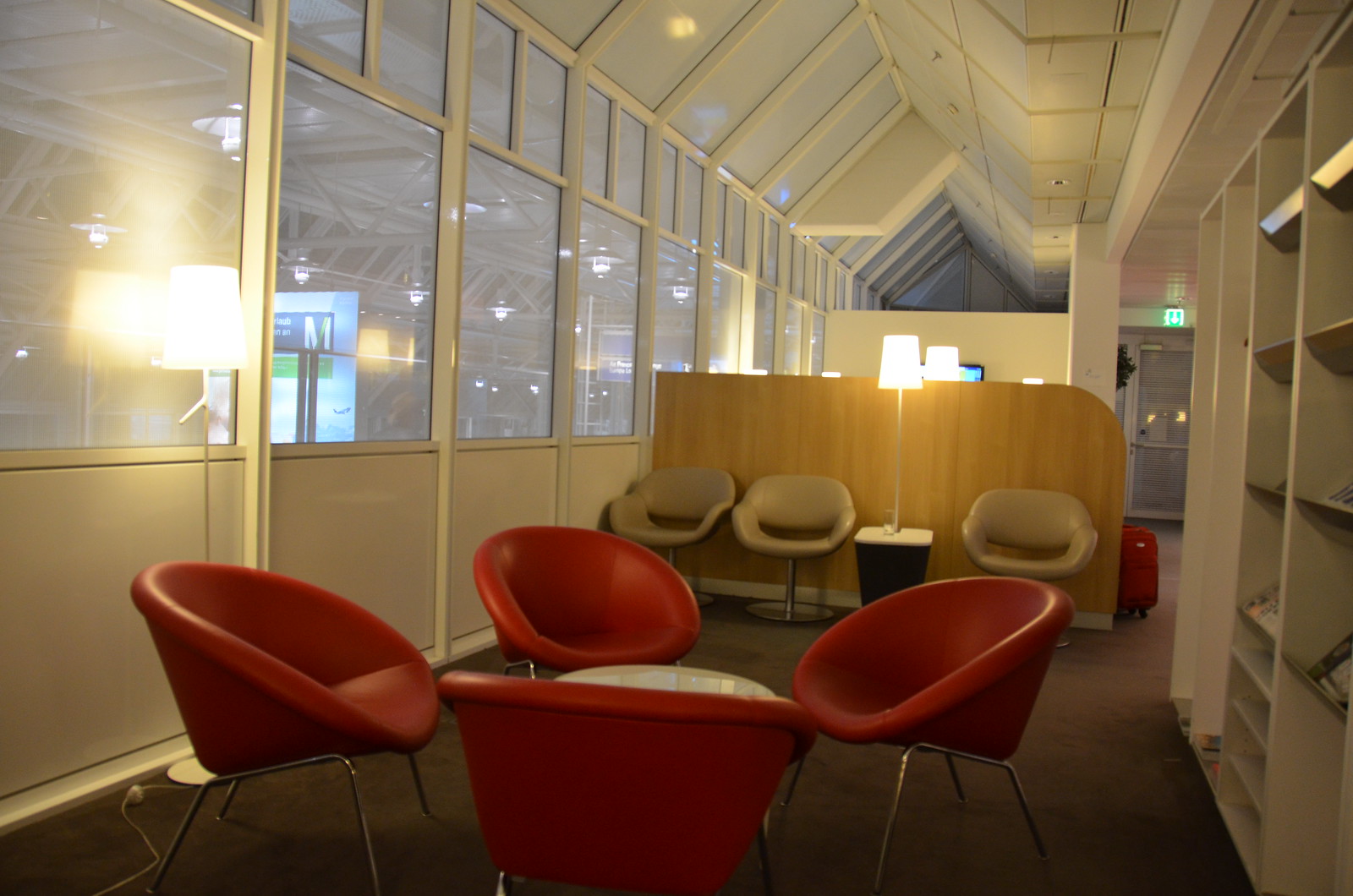 The Air France KLM Lounge in Munich, Germany is in the heart of a Star Alliance stronghold dominated by founding carrier Lufthansa. Today’s flight experience would have us departing from Munich’s other terminal; Terminal One. We would have a short visit to the joint SkyTeam Air France KLM Lounge prior to a short hop to another European SkyTeam hub at Paris Charles de Gaulle on an Air France Business Class flight.

We booked a taxi for our trip to the airport from the Westin Grand Munich. After a 4 AM wake up, we met our driver downstairs in a Mercedes E Class Wagon. No Uber’s (Uber X or Black) were available at this hour, and I had found very patchy Uber availability from Arabella Park at most times during our stay. The regional subway S Train was not an option on this Sunday morning as the first train did not start in time for us to get to the terminal by the time that our flight closed. A quick 30 minutes and 63 € later and we were at Munich Terminal 1 filled with Transvia and all other SkyTeam members.

There was a long line at the Air France Sky Priority check in today, with only 3 agents working all flights and two scheduled Air France / KLM departures to Paris CDG and Amsterdam Schiphol. We were headed off on Air France Business Class Munich – Paris today. This wasn’t exactly a happy place at this time of the morning (4:45 AM). . .

We used the Business check in line to get through security which was quite busy and had almost 100 people in line. The Germans appear to do the one -on – one approach to security screening with a discussion with each traveler prior to them giving you a bin for your articles, which seems to slow down matters quite considerably.

After we had passed through to the secure side, we went searching for the lounge. The early coffee shop line was about 20 persons deep, making the lounge our best bet. The lounge was located adjacent to the “D” Gates in Munich Terminal One.

After walking down the Munich Terminal One concourse, we would end up finding the lounge access next to the Duty Free Store.

The Air France / KLM Lounge was located up one level through stairs, or a thin elevator to access the top floor.

Of course, being all things European, the actual lounge was up another 3 steps from the main upper concourse. A slight issue with those with rolling suitcases as it was another obstacle to navigate.

The Air France / KLM Lounge access rules are as can be expected for class of service and similar to the other airline alliances.

Frequent travellers in the Air France Flying blue program at the elite level of Flying Blue Platinum or Gold are permitted to access the lounge in any category of travel with no guest privileges.

Access to the lounge was provided complimentary due to class of service with our AF business class ticket.

The lounge was a small, dark place during our visit. It had about fifty seats, which were fairly evenly spread out. There were contemporary chairs but the overall feeling of the place was that of a small windowless but nicely appointed space with little to show in the way of personality aside from the odd dash of color. It reminded me of those unfortunate windowless conference rooms that grace office buildings.

The lounge seating area was split into small zones for seating of about six seats each.

There was the odd window to the terminal, which still made it a dark experience given our early morning visit.

Surprisingly, for such a busy check in, the lounge was pretty empty and it was easy to have your pick of seats.

At this early hour, there was a European Breakfast available. Similar to our experience at the Air France Salon Business Lounge Paris Charles de Gaulle Terminal 2F, the catering was not super expansive or varied. Breakfast consisted of cheeses and other meats available, in addition to toast and other croissantsStrangely, there was no butter available, instead a butter and Camembert mixture for the toast and the croissant. I had a cappuccino crème, which came out black with without any crème at all.

There was a table section as well. I’m not usually one for sitting at tables in lounges so we found some chairs with side tables instead.

In terms of media, I was able to pick up the Wall Street Journal, which was the only English newspaper available in the lounge this morning.

After a short snack, we headed down to the gate and boarded our Air France Business Class Munich – Paris flight. The visit was highly functional and met our needs for a black coffee and a snack.

My Thoughts on the Air France Salon:

The Air France / KLM departure experience at Munich Terminal One was a pretty busy and crowded adventure. Between the lines at check in, security and the seeming over capacity of travellers compared to actual staff able to help, it seemed to be a challenging experience. The lounge had reasonable food offerings, was comfortable to sit in, and had clean fit and fixtures but it’s not a reason to get to the airport early by any means.

If you fly Air France or KLM from Munich Airport, do you visit the Air France KLM Lounge before your flight ?