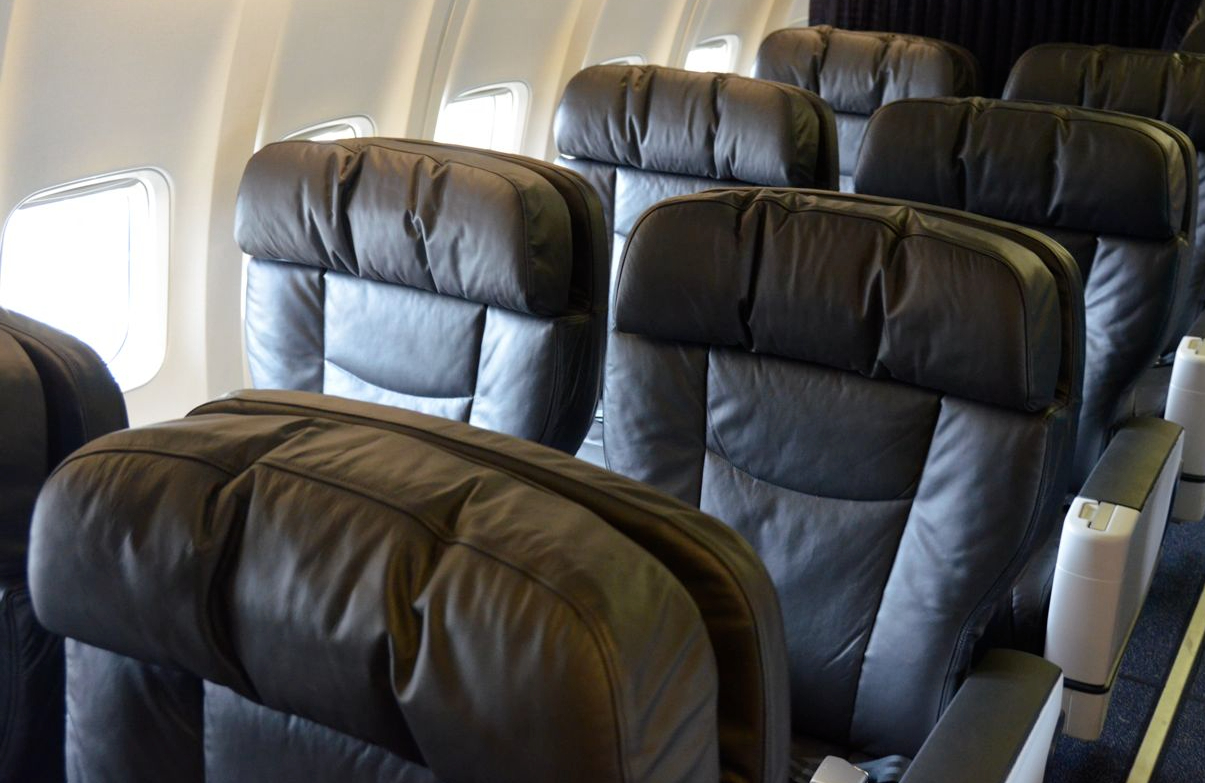 There are many carriers that operate from the mega airport of Los Angeles International Airport. While many carriers operate smaller regional jets up and down the coast, Alaska Airlines exclusively offers a Boeing 737 in it’s fleet, with the occasional Airbus 320 that is left over from it’s Virgin Australia acquisition. In Alaska Airlines First Class, this affords a little extra room over its competitors that usually use an smaller Embraer aircraft. We’d have the opportunity to test out of their First Class product for our short flight up the West Coast today.

This post is one chapter on our trip to South Africa, Namibia, Zimbabwe, Mauritius and the United Arab Emirates. This trip was redeemed through American Airlines AAdvantage & Alaska Mileage Plan. For more information on how this trip was booked, please see our trip introduction here. For other parts of the trip, please see this index.

“With cheerful service, Alaska Airlines offers more space in First Class in their Boeing 737 product that most of the competitors do in their Embraer First Class Products”

We ended up departing the Alaska Lounge Los Angeles Terminal Six and we headed down to our flight. Coming off a wonderful Emirates First Class Dubai – Los Angeles flight, we were getting pretty tired by this point as with a 12 hour time change, as it was about the equivalent of 4 AM our time. We dragged ourselves the short distance to the gate and onto the plane.

On Board Alaska Airlines First Class:

In my experience, Alaska Airlines doesn’t typically offer a pre-departure beverage. Instead, we found a small Dasani water waiting for us on our seat.

We had a smog free departure from Los Angeles today, with coastal views to the south.

Alaska Airlines doesn’t offer in seat back video monitors in First or Economy. While some longer cross continental and Hawaii flights offer tablets for rent, this short flight was not one of them. Instead, entertainment was available through to GoGo entertainment app. A few free movies were offered.

The Meal: A Two Course Meal

Alaska Airlines offers a pre-dinner drink as part of their regular meal service. Meals in First Class are complimentary, consistent with most competitors in this class.

For the dinner beverage service, I went with the jet lag standby. A Gin and Tonic and a coffee. These two don’t necessarily pair together, but a drink and a coffee was meeting the tired need.

We were served a scrumptious green salad as a starter. The green salad featured romaine, cherry tomatoes and jullienne carrots with creamy italian dressing. This was a welcome treat after all the cooked food we’d had in Africa and the Middle East.

The main was a very strange looking Chicken Breast with a white sauce on top of it. Alaska has some pretty strange mains that don’t get many awards for visual presentation. They also don’t print menu cards so there is nothing more specific that I can offer other than it was served with cubed carrots, kale and a large onion slice.

I napped for the balance of the flight until we touched down in a partly cloudy Seattle. Since Alaska doesn’t offer screens in its headrests, the entertainment offerings were minimal. It was pretty tired anyway thanks to our earlier international flight.

We arrived at the gate next to an Alaska Hawaii aircraft, which you can tell by the lei around the Alaska Eskimo head.

My Thoughts on the short hop with Alaska Airlines :

I haven’t been disappointed with my Alaska flights. They’re a quirky airlines with some strange food on offer. Aside from that, the service levels are really good with a great positive attitude by their staffers. They are a reasonable option for those preferring a larger aircraft over the regional Embraer style aircraft typically offered by their competitors.

If you had the choice of carriers on the West Coast of America, has Alaska been your first choice?

Being stranded on a desert island! Klein Curaçao
Luxury Resorts. Inspiring views even at a Marriott Beach resort!
Sunset odds at Curaçao Marriott Beach Resort, Curaçao
Endless summers, Curaçao.
The Bahamas aren’t the only place you can find these wonderful creatures on the beach! Grote Knip, Curaçao.
The spacious beaches in Curaçao at Grote Klip… it seems like there is always a lounge chair available!
Friendly shores at Curaçao.
Stony plains, Cas Abao, Curaçao
Advertisements