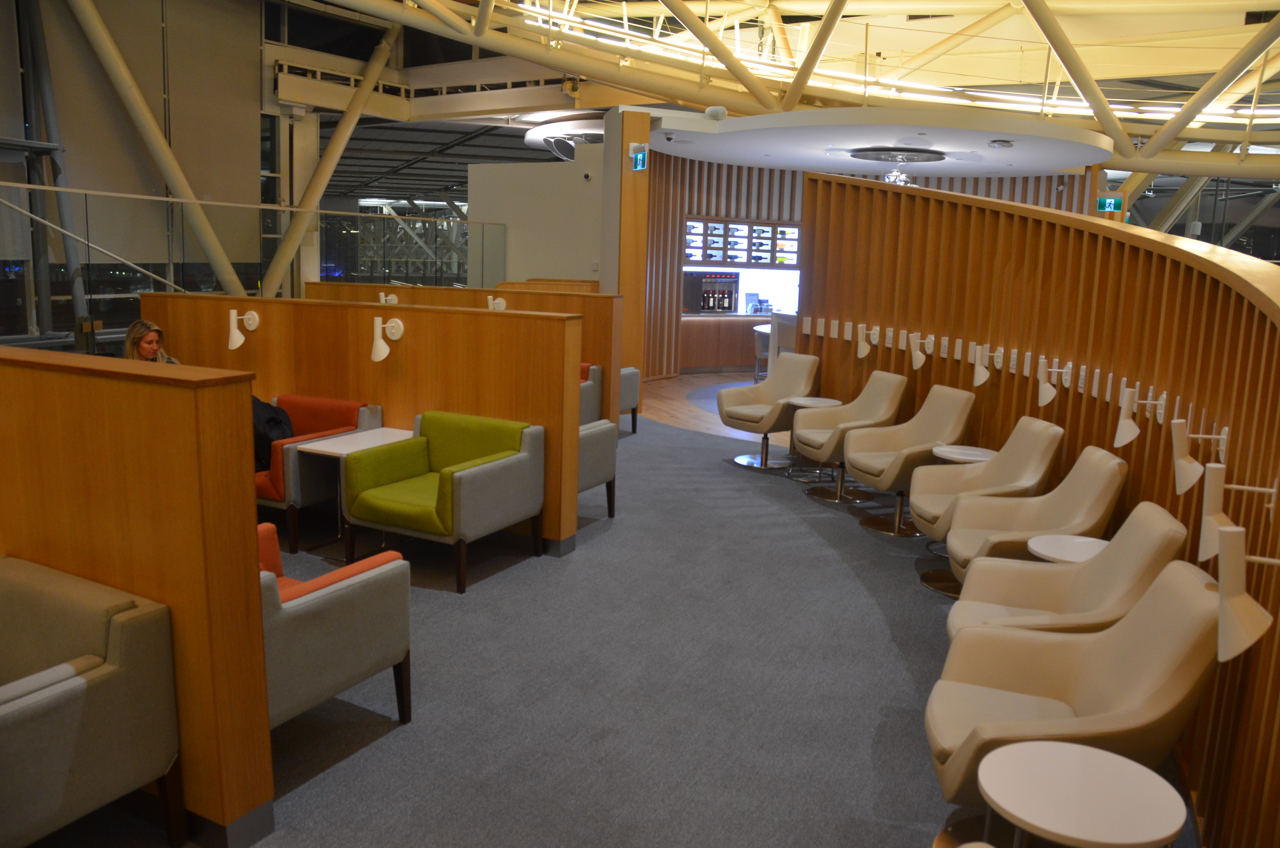 I got off work at around 3PM and made it home to pack up the house. I had a late-night the night before getting everything done at work and was relieved to have left the office early.

I drove up to YVR and met MrsWT73 whom had just finished work. We parked at her aerospace employer parking lot and walked up to the YVR International Building. Being the dead of winter, everything was dark already.

Despite having checked in on line, we quickly obtained paper boarding cards at the British Airways check in counters as souvenirs. I was travelling in First tonight whereas MrsWT73 was in Club World Business thanks to her company travel policy. At the check in counter, she was offered a buy up from Business to First for $1,000 CAD. Ahh no thank you. That’s crazy expensive for only First Class with only seats left. . .

It was deserted on the international side of the airport tonight although being before Christmas, the public side was decorated with Christmas trees.

We were through a near private security experience tonight at about 6:30 PM with absolutely no one at security screening. We rolled up to an empty check point with no one ahead of us.

We didn’t have any concrete dinner plans so as MrsWT73 shopped for some Canadian souvenirs for her German colleagues, I wandered down concourse to look at what was new. I bypassed the Plaza Premium Lounge where we visited here on our last trip to Sydney Australia.

The Vancouver International Airport has recently had a massive international hall renovation. In their quest for better and better, there is now a Bottega Venetta, a Cartier and a Hermes shop lining departure row.

Despite the luxury stores with no one in them, the International Terminal is still an interesting looking place that’s nice to spend time in. It looks more like Rodeo Drive or luxury lane in Las Vegas than an airport.

We ended up visiting the brand new SkyTeam Lounge at the Vancouver International Airport. It’s located in the international part of the airport and is open a full 24 hours. The lounge is not affiliated with British Airways. We were admitted thanks to Priority Pass membership. The lounge has the smallest lobby area on the main floor whereas the lounge itself is on the level above the concourse. The friendly lounge agent processed our cards and we went up the elevator to the top floor.

Immediately getting off the elevator on the top floor was an international newspaper rack that was well stocked.

The lounge occupies the top area of retail space on the departure concourse and is set in a double tear drop shape. Being that there were no SkyTeam flights departing, the lounge was completely empty save for one other traveler. Everything was brand new and immaculately clean. Although the lounge itself was not huge, it was a comfortable space. Upon entry, there were loungers on the immediate right hand side.

Across a small bridge was the food area. This made for a natural divide in the two spaces.

There was a wine bar which had been previously featured in marketing materials. It actually featured all British Columbia wine. Usually I am not a fan of the Canadian wine on an aircraft but they actually had better than bargain basement wines in the dispenser so I was able to sample a few.

There was ample food available for a light dinner. I ended up with Vij’s Butter Chicken and Coconut Rice. The lounge also offered a noodle bar that opened at 9:30 PM when most of the Asian flights departed.

There was neat SkyTeam logo’d art in the back of the lounge near the attached washrooms. This was up near the flight board that had an odd assortment of flights departing at this hour.

The only minus is that the lounge shared open air with the terminal meaning that it did get a bit shriek-y at times with kids frocking in the nearby playground.

I ended up enjoying Hester Creek Merlot as a beverage, along with the usual tortilla crisps. Otherwise the SkyTeam Lounge is a nice place to zen out, unwind and relax after a busy day.

Ultimately this was a solid lounge. It had everything I would look for in a lounge. Clean. Spotless and empty. The only drawback is that it would likely have limited places to sit if it was near departure time as the amount of loungers were limited.