Activity: Being Surrounded by Lions in the Maasai Mara, Kenya 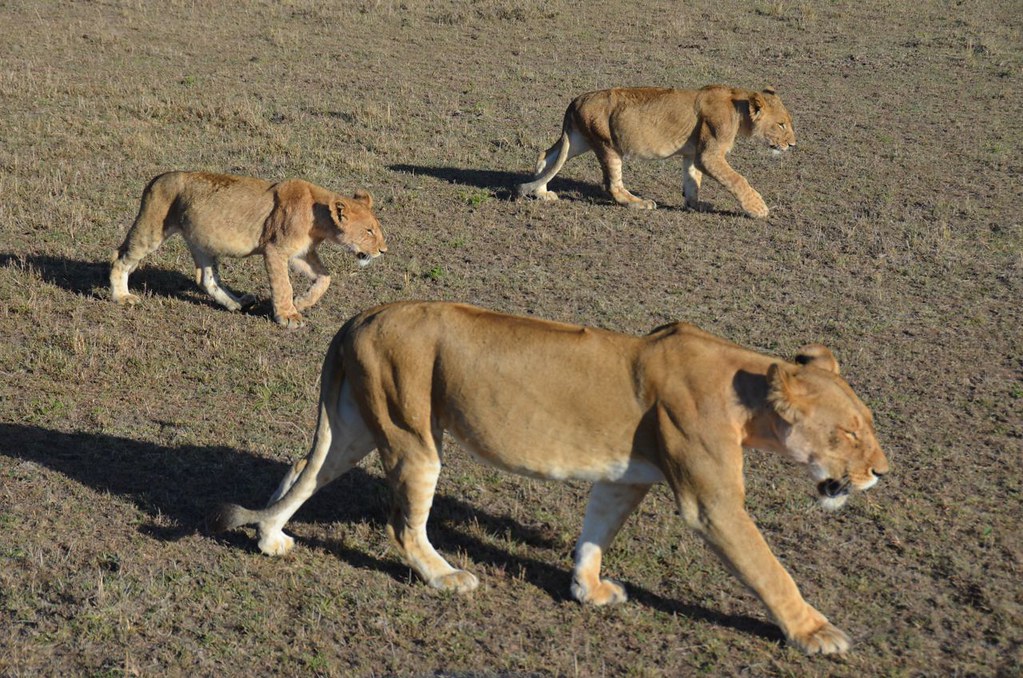 After settling into the Fairmont Mara Safari Club, we set out on several game drives throughout the Maasai Mara National Park. It was my first time visiting this particular game park and it was a sight to be beholden. The thrill of spotting game animals in their natural habitat isn’t something that you quickly forget.

Activity: Being Surrounded by Lions in The Maasai Mara, Kenya

“The Maasai Mari National Park is exceptionally full of lions. The opportunity to see them here are among the most plentiful in the world.”

The Lions of the The Maasai Mara:

The Maasai Mara is known for it’s high lion densities. Indeed, we got closer to lions than we’d ever thought we would ever get. We also had about 6 lion sightings over 6 game drives. On my last 3 day safari in Kruger National Park, South Africa, I’d only had one lion sighting but many more elephants. If you want to see lions, this is the place to visit! You can even get close enough to see the colour of their eyes.

We had many sightings of lions both moving and resting in various locations throughout the park.

The proximity of the Lions to the Trucks is unparalleled.

We also managed to spot a beautiful male lion; one of only a few that we had spotted. We managed to spot him tussling with some of his pride in among the best action shots that I was able to get on this safari.

One of our other highlights of our time in Maasai Mara was spotting a majestic cheetah. The cheetah is the animal that can run up to speeds of one hundred and fifteen kilometres per hour.

The eyes of the cheetah are a really unique color, with chompers that can likely cut with the best of them.

We also visited along with a black rhino, a protected species in Kenya.

As we headed through the Maasai Mara, we also occasionally spotted the local Maasai People heading their cows. We would end up with the opportunity to visit one of their villages on this trip. It’s a little surreal to think that these people co-exist with the lions roaining around nearby.

The most interesting part of the safari was a leopard after a fresh kill. Spotted in the brush a mere 100 meters from the entrance to the resort, it was under a tree (light by the safari vehicle headlights here) chomping away on an animal. We actually got to hear the sounds of his teeth tearing and breaking apart the animals bones here with a cracking sound that I won’t soon forget. The leopard was complelely oblivious to the presence of the safari truck and was engrossed in his food.

Summing up the animals seen on our Maasai Mara adventure:

I kept a little track of all the animals that we had seen throughout our four game drives. It was a pretty robust list.

My thoughts on our time within the Maasai Mara:

Overall we quite enjoyed our Maasai Mara Safari experience. There were lots of animals here, you just needed to drive a bit further to find them. I’d recommend bringing along some Advil for your back and neck as the longer drives over rough terrain can be a bit jarring by the end of the day (there are no paved roads here like in parts of Kruger Park). It was also a much more remote experience than my South African Kruger experience with way fewer people, allowing you to enjoy the pristine nature of the park.

Kenya has lots of safari lodges like this all across the country. It is feasible to make a stop in Nairobi, taking Air Kenya or Safarilink to stay at many of the parks operated by Serena Lodges or similar. On a return trip, if we were not opting for a longer stay at the Ngorongoro Crater, we would probably visit another area for the experience.

2 Comments on “Activity: Being Surrounded by Lions in the Maasai Mara, Kenya”