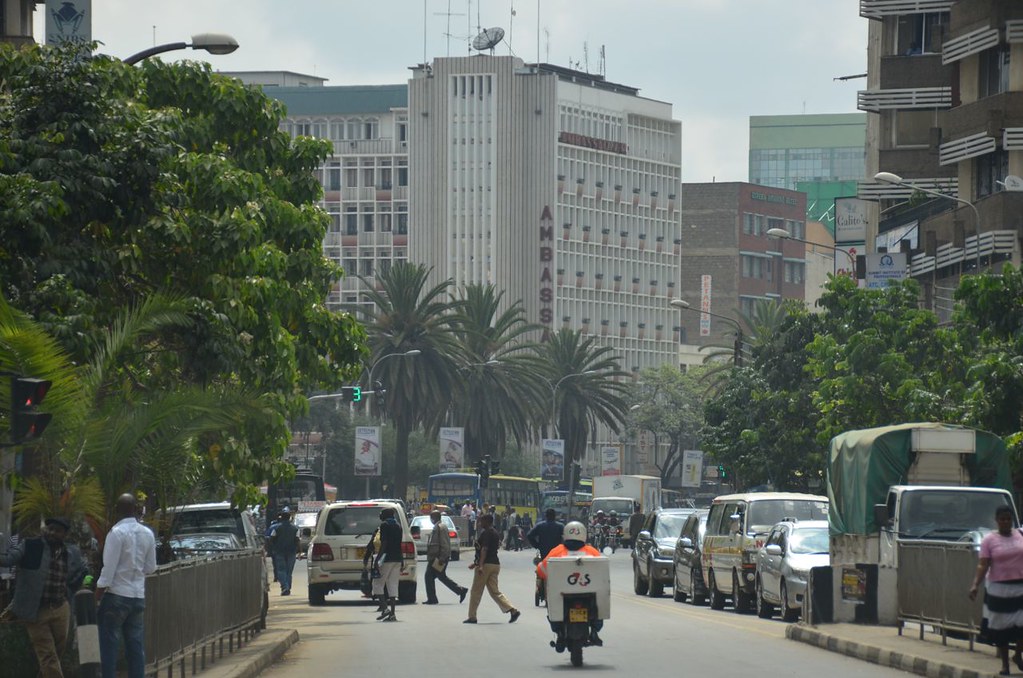 Like Johannesburg, South Africa, Nairobi, Kenya doesn’t have a great reputation as being an attractive place to visit. Perhaps best known as one of the major capital cities in Central Africa, it’s got quite a reputation as a dangerous place to visit (Nai-robbery), in addition to being aligned with the United States of America. Nevertheless. its still a much needed stop over on any safari adventure in and out of Kenya’s Serengeti Parks so we were able to take in some sights on the way through.

Nairobi has something of a reputation of a “get in and get out” city. It was easy to make comparisons of Nairobi to Johannesburg, both being large cities that drive the economies of their countries. However, Johannesburg looked like Disneyland’s “The Happiest Place on Earth” compared to rough and tumble Nairobi. We didn’t take a city tour but got a feel of the place as we transferred between the Fairmont Norfolk and our Air Kenya Wilson – Negrende flight into Maasai Mara at the regional Wilson Airport airstrip.

Crawling through the Central Business District of Nairobi:

Our impression was a city of desperation filled with workers and people selling things just trying to get by. Filled with crumbling infrastructure, Nairobi wasn’t easy on the camera lens. There were also a few beggars with children, which tugged at the heart a bit.

While we passed through town, evidence of entrepreneurship was everywhere, from shoe shining to garbage picking. Some streets were set amongst seventies mid rise archetiecture that is common throughout the continent of Africa.

As with many African cities, the traffic was absolutely horrendous. Our transfer of nine kilometers in afternoon rush hour took us 90 minutes… Make sure you allow sufficient time if you are connecting to flights.

As always, there’s lots of different kinds of vehicles on the roads of Nairobi, a lot different than what we would expect back home.

Our transfers took us through the outskirts of the Kiberia slum. Kibera is the largest informal settlement or slum in Nairobi, and the largest in Africa. The population is disputed between under two hundred thousand by government numbers to over 500,000 to well over 1,000,000 depending on which slums are included in defining Kibera.

The majority of Kibera slum residents live in extreme poverty, earning less than $1.00 per day. Unemployment rates are high. There are few schools, and most people cannot afford education for their children. Clean water is scarce. Diseases caused by poor hygiene are prevalent. Like many informal settlements in Africa, most living in the slum lack access to basic services, including electricity, running water, and medical care.

Our drive also took us pasts the location of where the US Embassy was bombed in 1998. It’s now a fenced peaceful park.

My thoughts on the Streets of Nairobi:

Overall, I didn’t get the sense of wanting to spend any more time in Nairobi than the 24 hours that we allowed between our international and domestic flights. I’m sure that the city has some wonderful parts to it- unfortunately, we didn’t get or chose to see any of it. At the same time, the city was a place of desperation and grittiness that didn’t encourage staying or exploration. If we visited again, like this time, we probably wouldn’t stick around any more than we needed to.