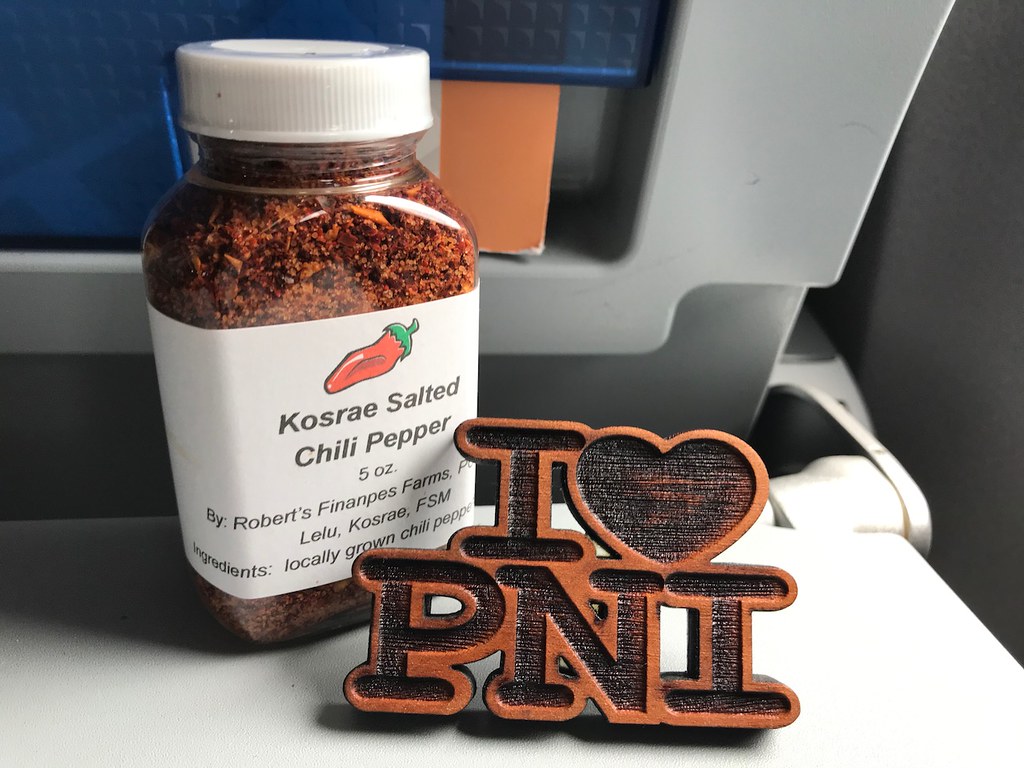 The United Island Hopper flight is one of the worlds most legendary flights for aviation enthusiasts. It consists of a single flight that links some of the Pacific Ocean’s most remote islands carrying passengers, freight and supplies of the islands on a lifeline basis.

This post is one chapter on our trip on the United Island Hopper and to Oahu & Kauai, Hawaii, United States. This trip was redeemed through Alaska Mileage Plan, United Airlines Mileage Plus and Marriott Bonvoy. It was further enhanced through Marriott Bonvoy Elite Status. For more information on how this trip was booked, please see our trip introduction here. For other parts of the trip, please see this index.

Review: United Airlines “Island Hopper” Top 5 Tips and Tricks for Getting the Most out of Your Day

The United Airlines Island Hopper is one of the worlds’ most unique airline routes. The United Airlines Island Hopper is a route between Honolulu and Guam that stops at several small islands in the Federated States of Micronesia and the Marshall Islands. The flight is flown between two and three times per week and is the only scheduled service for many of the islands on the route. I had already spent many hours over the course of several years glancing through the United Hemispheres in flight magazine in order to one day take this flight. As a result of it’s remoteness and isolation, the airline route is one of the world’ most unique air corridors and airline travel experiences.

The past posts set out my experience in flying the United Airlines “Island Hopper” flight that crosses the Pacific through some of the world’s most remote islands. For details on how I planned the United Island Hopper trip, please see our earlier post.

The flight sequence is so unique, there isn’t any way to really cover it in detail with just one sole post. As a result, I’ve split the flight up into one flight segment per post to allow for travellers that really want to get into the journey to read up to see what they can expect.

Having flown the entirety of the United Island Hopper, i took a little time to reflect on this travel experience. I don’t usually offer overt tips in this forum, generally allowing others to try and form their own opinions based on what I write. However, having been posting now for almost 10 years and over four thousand posts, several dozen trip reports, and having actually flown the route, I think I can easily offer up my Top 5 tips with some credibility for those considering the Island Hopper.

If you plan on doing all United Island Hopper segments in one day, it is going to be a very long day. This is always said but it bears repeating. My travel time from door to door was fourteen and a half hours. That’s the same time duration as a flight from Vancouver to Hong Kong or over 6,000 miles flown.

Despite this, the day is broken up quite a bit so the main pain is the stiffness in your arse from being seated in these seats and from your neck from craning out the window for so long. I couldn’t imagine doing this journey eastward, at least travelling west you are moving with the sun and have your shorter flights at the end of the day.

In addition to that, I don’t think I would enjoy doing the Island Hopper and continuing onto connecting flights to Palau or Yap on same day travel. I’d be looking to break up that trip a little if I were offering advice.

Tip #2: Bring water and food with you.

In addition to the small mountain of food I brought with me, I would recommend packing a large bottle of water with you that you would have gotten on the secure side of the Honolulu airport. I started feeling a little dry on Flight # 4 between Pohnpei – Truk. Although there is water on board, you don’t get a lot in the tiny cups and there isn’t much (if any at all) to pick up along the way. Your only options are buying from the souvenir stands in Majuro, Pohnpei or Chukk. Many of these locations don’t offer refrigeration.

If you’re starting in Honolulu, this likely means buying a big bottle of Ethos Water at Starbucks because I didn’t find much on the secure side that was open at 5:30 AM. I didn’t allow myself enough time to go exploring to other parts of the terminal. In my case, I purchased the largest sandwich I could find at the nearby ABC Store and kept it fresh in the hotel room fridge at the Sheraton Waikiki.

At the time of writing, there is no security check after you leave Honolulu, even if you get off the plane transiting the international countries of the Marshall Islands and the Federates States of Micronesia, so you could bring gallons and gallons if you could find it without having it taken away from you.

Tip #3: Pay for an economy plus seat.

If you’re going to travel for fourteen hours, you may as well be comfortable. I was initially a little hesitant paying $59 USD for a window seat. Having now flown this route, I would have easily paid double this amount.

By paying for an economy plus seat, you will be that much more comfortable and you’ll probably have access to one and a half windows for photographs. If you’re lucky like me, you may have no one next to you in the middle seat for the almost the entire journey. I’d probably pick the bulkhead 7F the next time around as the engine intruded on my photos a little bit from 8F.

Tip #4: You actually see less greens and blues in the atolls than what travel blogs and on line trip reports would have you believe.

There are dozens of trip reports about the UA Island Hopper. It is a famed and mythical route. The reality is most of these views are fleeting and quick. It isn’t like the Maldives where your resort propellor flight passes over thousands of lagoons. Instead, thanks to greater distances, the lagoons and coral reefs are quite a ways apart.

While most trip reports show the best photos, the reality is that most of these are within the first and last sixty seconds of an approach or climb to altitude. Much of the trip would be spent looking out the window at endless clouds and expanse of sea.

If you really want to experience this part of the world, book an excursionist fare and get off at one of the islands. I know that I will, the next time if I ever do this route. If you want to see beautiful corals and take pictures of green and blue seats, then a Maldives Sea Plane transfer is likely your better bet over the time investment required for this trip.

Tip #5. If traveling with another person, consider whether your partner would actually enjoy doing this

As a self processed aviation geek, I love travel. I’m lucky enough to have a spouse that works at the executive level in the Aerospace Industry.

We both love travelling together and are closing in on a million lifetime miles flown (each). Having said that, she would have absolutely hated this experience.

She would have found the seats too uncomfortable, the day too long and the rewards of isolation not worth the effort. I particularly enjoy staring out the window, looking at bizarre souvenir stands and visiting remote places.

I wouldn’t often say this, but I am actually glad my spouse didn’t accompany me on this trip. MrsWT73 was much happier staying at The Sheraton Waikiki with mai tai after mai tai in the infinity pool taking in some sun, rather than being wedged into a slimline seat breathing recycled air for 14 hours. If you’re going to take such a trip, consider whether traveling with your partner will do more harm than good. In my case, it was the right decision to travel solo.

Bonus Tip: The Best Souvenirs are in Pohnpei

Lastly, the best souvenirs on the United Island Hopper are at Pohnpei International Airport. Make sure you get to the souvenir stand first as some of the souvenirs only have one or two items of them. If you happen to be really unlucky, they’ll be out of Kosrae Chili Pepper by the time you get there.

If you’ve flown the United Island Hopper, do you have any tips worth sharing ?