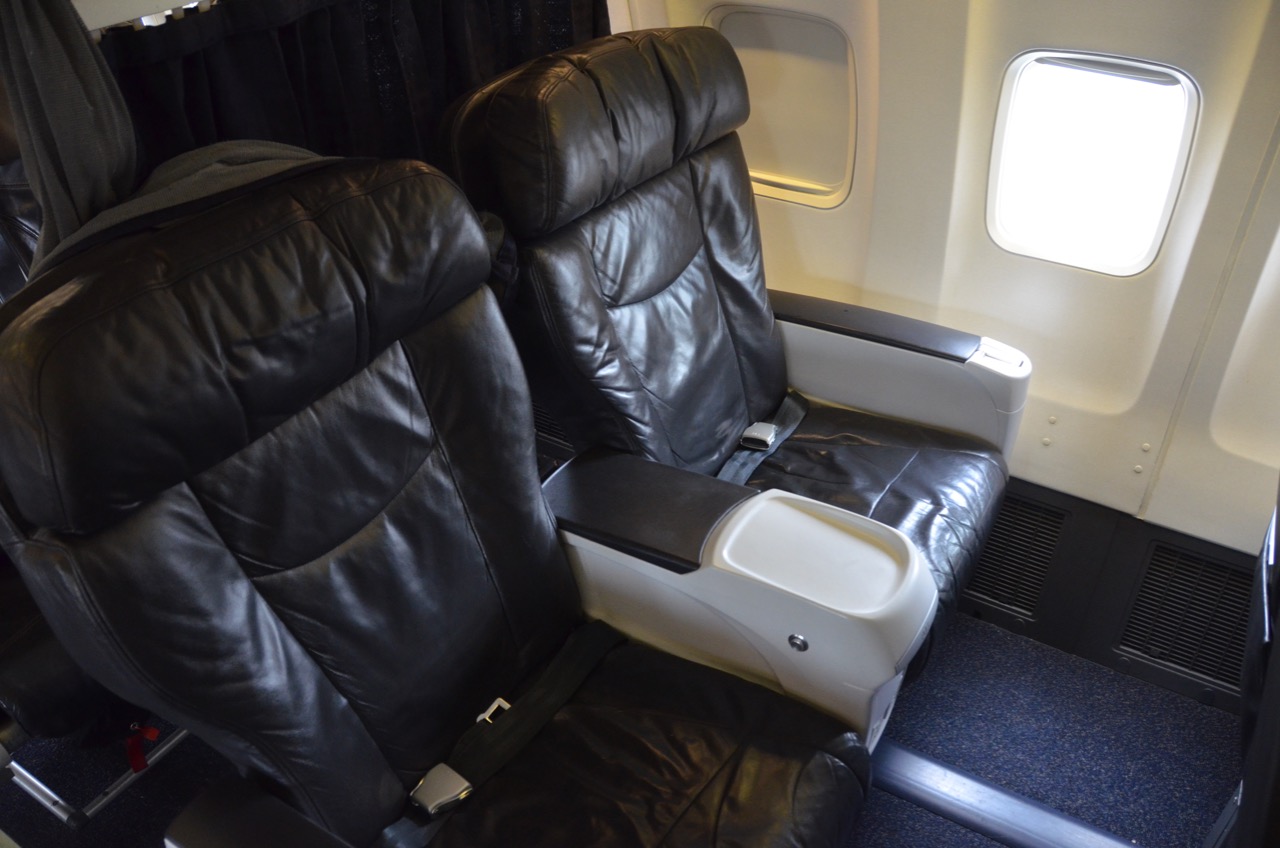 We had a smooth get away this morning. I entertained WT73 jr for an overnight visit with a comfortable 2 PM departure from the house. Wt73 jr wasn’t traveling with us on this trip; opting for a trip to Ireland and the United Kingdom with his dad later in the summer. Around about 10 AM, I got a text message indicating that our flight to Seattle was going to be delayed until about 4 PM.

We later arrived to the airport and I went and parked the car on the nearby facility access road. It was nice to actually be departing in daylight with pleasant weather instead of my usual walk in the dark through rain and cold Vancouver clouds.

A friendly Alaska agent confirmed an MVP Gold Upgrade for us into the First Class Cabin and re-assured us about our connection. Our 1 hr 45 minute connection had been whittled down to about 40 minutes thanks to the late arrival of the inbound aircraft at YVR.

We had a lunch snack in the international food court – Freshii for MrsWT73 and Wendy’s for myself.

We found our way to the Plaza Premium Lounge in the Transborder area which was absolutely packed today. We ended up at some seats by the glass watching the international arrivals of the European and South Pacific flights while we enjoyed a Red Rooster Pinot Grigo. Hardly top shelf but only slightly better than hanging out in the terminal. I didn’t bother taking any photographs as we’ve all been here several times before.

Boarding time came with the usual crowded gates at the YVR Transborder zone.

On board, we had the usual seat. A pre departure beverage of water or orange juice was offered with the polite explanation that it was going to be it for the flight.

Some interesting aircraft on the apron today, including Omni Air which I believe was substituting for the recent “at the time” Air Canada 737 Max cancellations, and the Air New Zealand airframe for the 4x weekly Vancouver Auckland flight.

Our approach into Seattle had us pass over the Renton Boeing facility where all the Boeing 737 Max’s were parked, awaiting safety certification. They are certainly running out of room.

We arrived to Gate B7 in Seattle; well positioned fo a visit to the American Express Centurion Lounge but we unfortunately didn’t get the opportunity. We arrived at 5:10 pm without next flight departing at 5:45 PM.

Being stranded on a desert island! Klein Curaçao
Luxury Resorts. Inspiring views even at a Marriott Beach resort!
Sunset odds at Curaçao Marriott Beach Resort, Curaçao
Endless summers, Curaçao.
The Bahamas aren’t the only place you can find these wonderful creatures on the beach! Grote Knip, Curaçao.
The spacious beaches in Curaçao at Grote Klip… it seems like there is always a lounge chair available!
Friendly shores at Curaçao.
Stony plains, Cas Abao, Curaçao
Advertisements